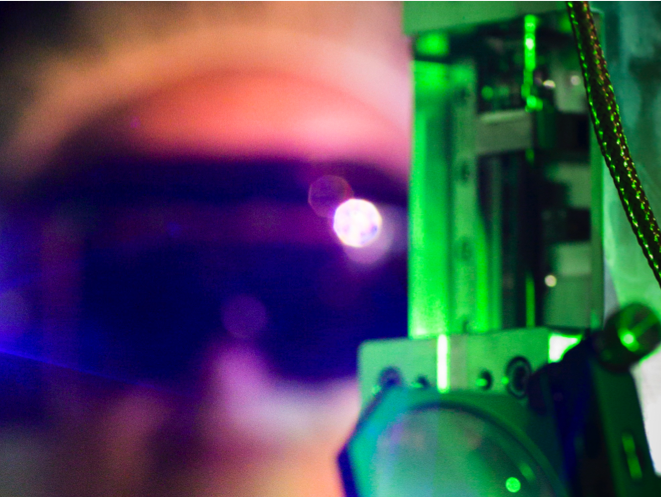 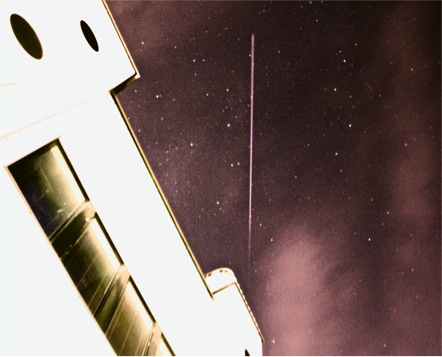 A view of the laser beam propagating in the atmosphere. Visible light is emitted by the plasma produced by high intensity laser light which ionizes the molecules of the air.

Since the operation of the first Ruby laser (T. Maiman, 1960), laser applications have developed widely, with unprecedented advances in all areas of our life. Among the various types of lasers, the “ultra-intense” lasers, made possible since the 1980s thanks to the “Chirped Pulse Amplification” invented by D. Strickland and G. Mourou, Nobel Prize winners for physics 2018, generate pulses of light extremely short in duration, equal to a few millionths of billionths of a second, billions of times shorter than the flash of a photo camera, and billions of times more powerful. This technology is today the basis of a real technological revolution with applications to medical diagnostics and therapy, environmental monitoring, defense and security.

The ILIL laboratory of the INO-CNR in Pisa is one of the main promoters of these researches in Europe and has recently commissioned a new, very high intensity laser installation. Thanks to National and European project funding and to the collaboration with the main European laboratories, including the so-called Extreme Light Infrastructure, a network of large European Laser laboratories, the ILIL researchers study the fundamental mechanisms of the relativistic interaction between ultra-intense laser radiation and matter, also to create sources of radiation and high energy particles, for the diagnosis and treatment of tumors. Our research also concerns the use of intense laser pulses for atmospheric propagation or the so-called “inertial” fusion for “carbon-free” energy being pursued by the National Ignition Facility (USA) or the Laser Megajoule (France).