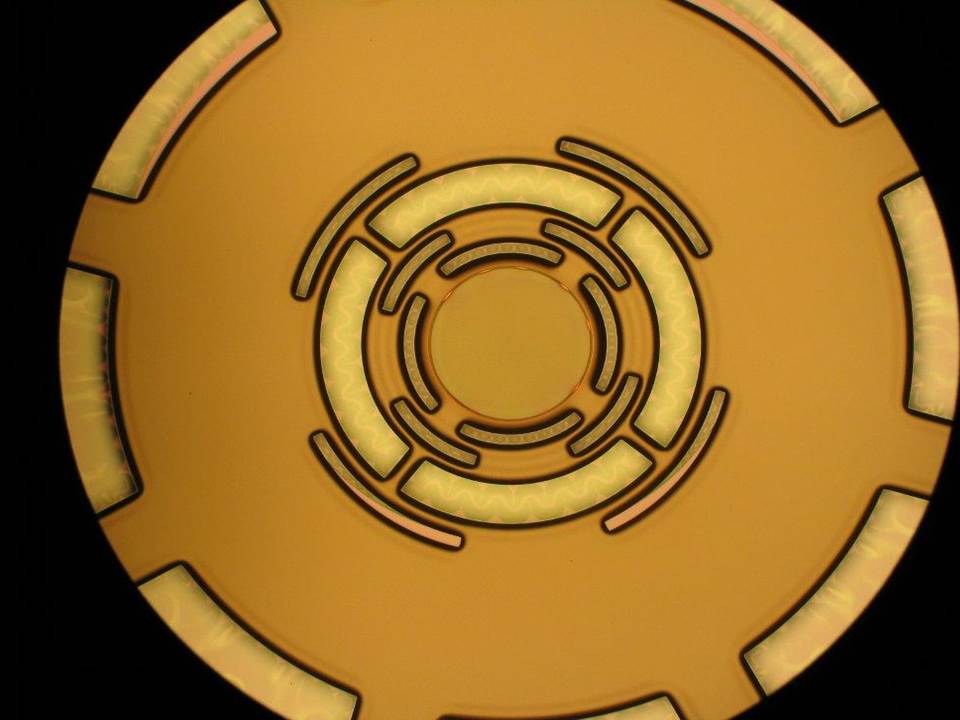 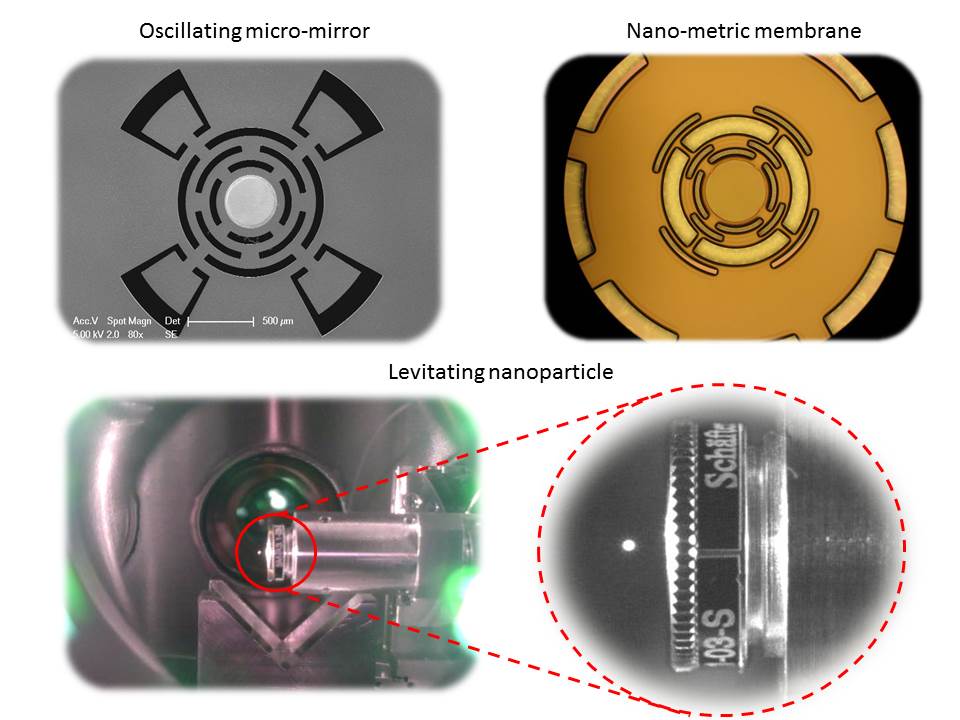 In the recent years, the optomechanics of micro-and nano-systems has emerged as a research field at the interface between optical, solid-state and quantum physics, with implications both at the fundamental and technological level. Our research focuses on quantum optomechanics in its broader sense, covering topics of quantum optics (the generation and control of non-classical states of light), quantum mechanics (the study of decoherence in macroscopic objects, the preparation and manipulation of macroscopic quantum states, etc.) and quantum sensing.<br />
We developed three optomechanical platforms, in which the modes of a high-finesse optical cavity are coupled to the mechanical resonances of systems with very different characteristics: silicon micro-mirror oscillators, tensioned nanometric membranes, and optically-trapped levitating nanoparticles.<br />
Our main achievements include the realization of quantum non-demolition measurements of light intensity fluctuations and ponderomotive squeezed states, and the observation of the quantum components in the motion of a squeezed mechanical oscillator. We also studied and tested novel experimental protocols to squeeze macroscopic mechanical oscillators below the zero-point motion and to produce entangled, macroscopic opto-mechanical modes.<br />
We are recently focusing on the implementation of optomechanical quantum sensors, i.e. sensing devices achieving the quantum limit in the measurement process and exploiting quantum optomechanical properties to enhance the efficiency of the measurement and to integrate the extracted information in quantum communication systems. To this aim, one of our goals is to achieve operation and quantum performance of such devices at room temperature.<br />
We are also exploiting the unprecedented sensitivities and accuracy of these setups to search for possible deviations from standard quantum theory, as those predicted for instance by collapse models and several approaches to quantum gravity.