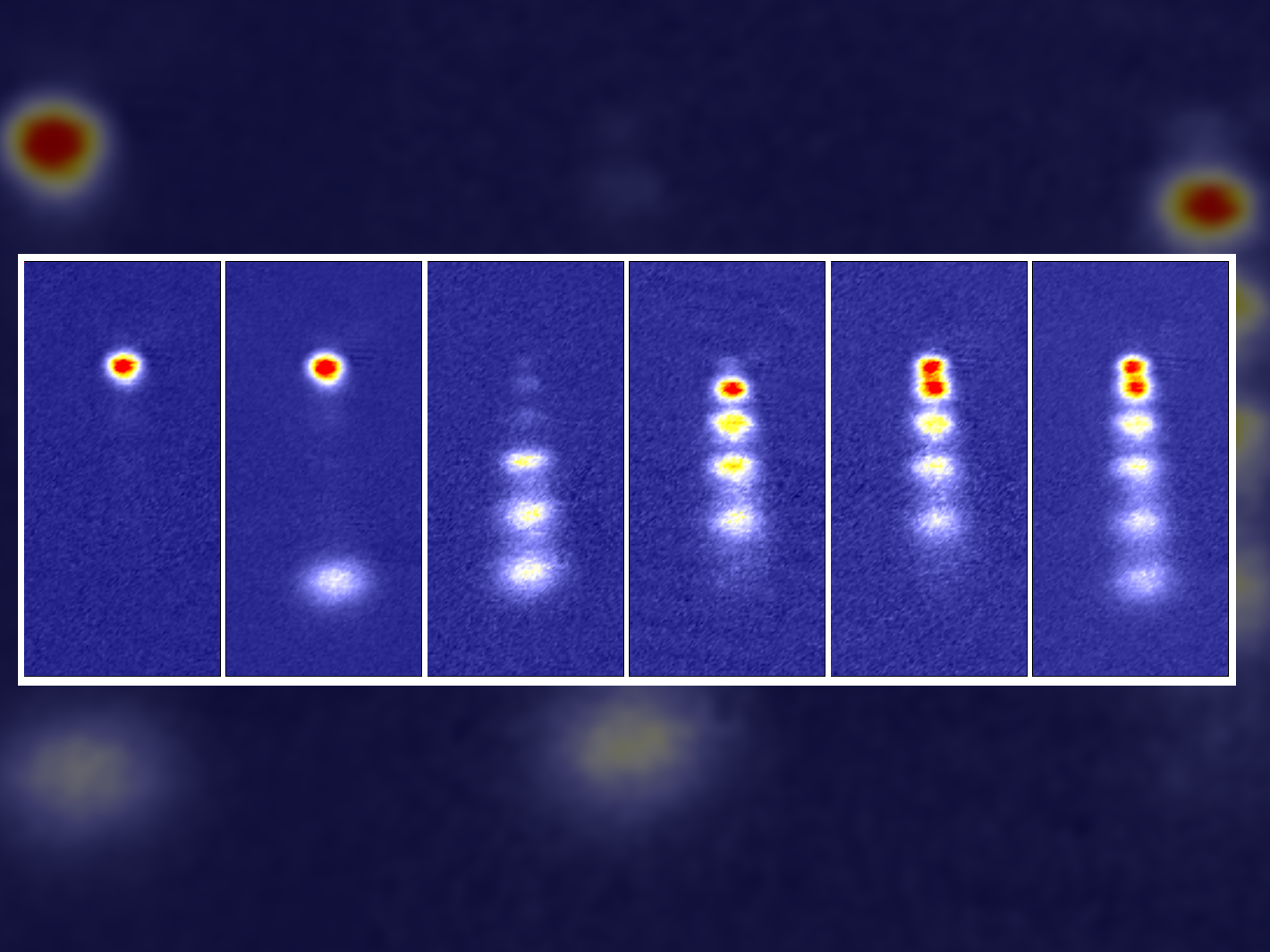 Spin-selective absorption images of 173Yb samples with different numbers of nuclear spin components from 1 to 6.

The goal of this experimental activity is to study fundamental properties of matter by employing ultracold gases of both fermionic and bosonic Ytterbium (Yb) atoms cooled to the quantum degenerate regime and trapped in three-dimensional optical lattices.

Thanks to its two electrons in the outer shell, Ytterbium features a rich level structure, with long-lived metastable electronic states addressable trough ultranarrow optical “clock” transitions that are widely exploited in metrology. Moreover, fermionic isotopes of Yb are also characterized by a so-called SU(N) symmetry of interaction, granting access to up to six stable nuclear spin states. We exploit these unique properties and the possibility to address multiple degrees of freedom to perform experiments in several research fields ranging from the investigation of fundamental atomic physics properties (e.g. the control of interactions between atoms in different combinations of electronic and nuclear spin states), to the implementation of novel quantum simulation schemes of exotic physical phenomena, as one-dimensional systems with high spin multiplicity, synthetic gauge fields in synthetic dimensions and flavour-selective insulators with broken SU(N) symmetry.

Personnel not belonging to INO