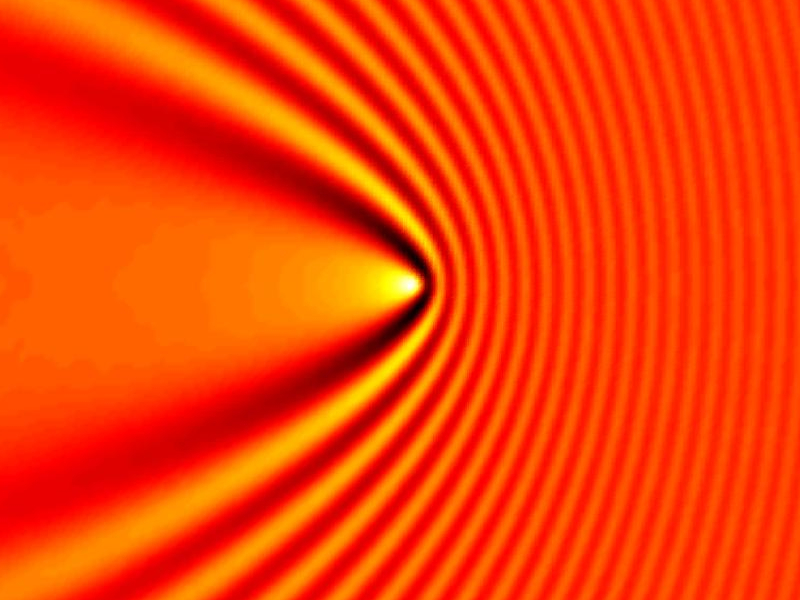 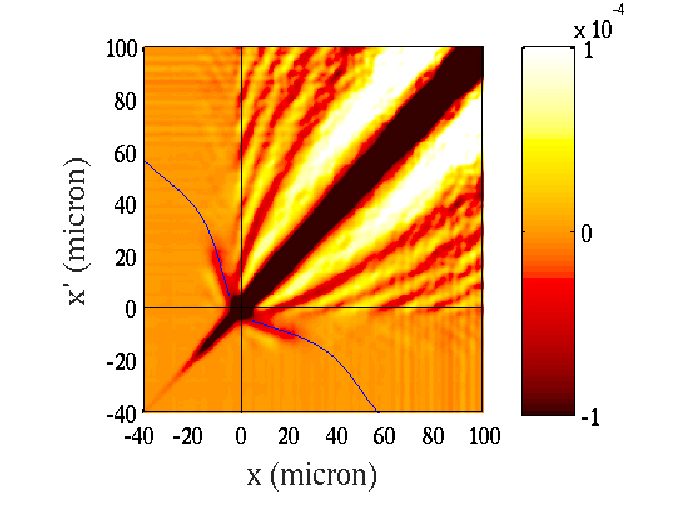 Strongly correlated quantum fluids. This figure shows a numerical simulation of the density profile of a quasi-hole excitation in a fractional quantum Hall liquid. This profile provides information on the underlying anyonic statistics. Such exotic states

Based on the idea of a light field as a gas of interacting photons via the optical nonlinearity of the underlying medium, the INO-CNR team is providing crucial contributions to the theoretical study of many-body phenomena in the so-called quantum fluids of light. Over the years, a special attention is being devoted to Bose-Einstein condensation and superfluidity phenomena and the related quantum hydrodynamic effects, with potential applications as novel solid-state light sources.<br />
Together with cold atomic gases, fluids of light are among the most promising quantum simulators of gravitational phenomena and quantum field theories in curved space-time such as Hawking emission from black hole horizons.<br />
Another present frontier is to combine quantum fluids of light with ultra-strong optical nonlinearities at the single photon level, so to realize strongly correlated states of matter such as Mott insulators and fractional quantum Hall liquids in a novel optical context. A special interest is paid to those non-equilibrium driven-dissipative features that are typical of optical systems and provide novel tools to generate, manipulate and probe exotic states of matter.<br />
These lines of research is naturally intertwinned with our investigations in topological photonics, in particular for what concerns synthetic magnetism and synthetic dimensions in gases of neutral photons in the optical or microwave domains, with the long-term goal of realizing topological states of matter with potential applications to topological quantum computing.